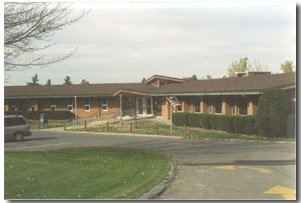 "The Town of Webster combines a business-friendly environment while preserving a family-oriented community - making it an ideal place to conduct business while enjoying the pleasures of suburban living.

With its location to nearby expressways, Webster is just minutes away from downtown Rochester and the Greater Rochester International Airport.

For international trade, Webster is conveniently located for exporting a variety of goods and services through the St. Lawrence Seaway system, along with access by highway, railroad or air to major U.S. coastal ports and Canada.  Webster is one of the few communities in Monroe County with its own Foreign Trade Zone.

Webster is also home to many small businesses as well as Fortune 500 companies like Xerox and Paychex.  The recent construction of the new mall of stores in the Webster Town Center has attracted even more entrepreneurs to our community.

Not far from Webster there are many high caliber educational institutions such as the University of Rochester, Rochester Institute of Technology, St. John Fisher College, The State University of New York at Brockport and Roberts Wesleyan College.  There is endless potential for companies to recruit highly educated college graduates in our community.

The Webster Town Board and I extend an invitation for new businesses to come to Webster and see for themselves what our community offers and why Webster is Where Life Is Worth Living!  You can email me at supervisor@ci.webster.ny.us or call my office at 585-872-7068."

Webster is home for some of Xerox's largest manufacturing plants, research labs and engineering centers. Xerox originally located in Webster in 1956 and they continue to maintain major operations here with approximately 5,950 employees in this community.

Xerox is the proud winner of 2 Malcolm Baldridge Awards. The U.S. based operation won in 1989 and Xerox Business Services won in 1993. Their quality principles and practices have been shared with many local organizations by way of their employees. Many Xerox employees live in Webster and are active in every area of Webster community activities. In addition, their fire department and hazardous material's teams provide back up to local volunteers. 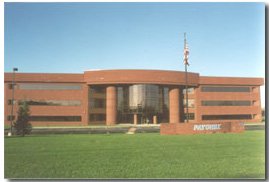 PayChex chose Webster for its new Information Technology Center. Paychex is another national company with local roots. With 1,673 local employees and 7,300 nationwide, Paychex is expanding locally with their purchase of the former PSC, Inc. building at 675 Basket Road. More than 500 employees are being relocated from Penfield to this new Information Technology Center.

B. Thomas Golisano, Chairman and Chief Executive, recently told shareholders at their 2001 Annual meeting "The opportunity for this company is there and will continue to be there for a long time."

Local Business Leaders have something to say about Webster: 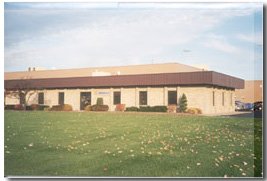 What made Nick Juskiw decide to move his 160 employee company to Webster? According to Nick, there were two major factors to get to a final decision. "The Expressways were key, and the Town Board was willing to listen and approve the project in only 2 meetings."

Nick and his family have been contributing to Webster ever since! He and his wife set up the Trident Fund to enhance cultural arts education in the Webster School district, and the employees of Trident have worked to support local food cupboards, cultural arts, a host of charities and have set an example by sponsoring numerous school projects and sport teams.

Nick Juskiw doesn't just move to a town, he forms an alliance with it! 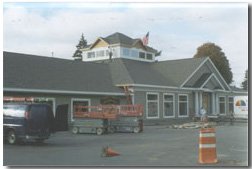 Established in 1928, Kittelberger's is one of FTD's top 100 shops - out of 37,000 worldwide. It is one of the largest single-shop businesses in Northeast USA.

"I can't think of a better spot in the county for us to be doing business in right now," says Brian Benedict, "because Webster is the fastest growing suburb for retail." Webster has all the best elements offered by surrounding areas, but the difference is that Webster brings them all together in one place.

This third generation business has expanded many times since 1928

There isn't an FTD shop of it's size and expanse closer than the Boston area - which tells you why Brian sees Webster as THE retail opportunity of upstate NY.