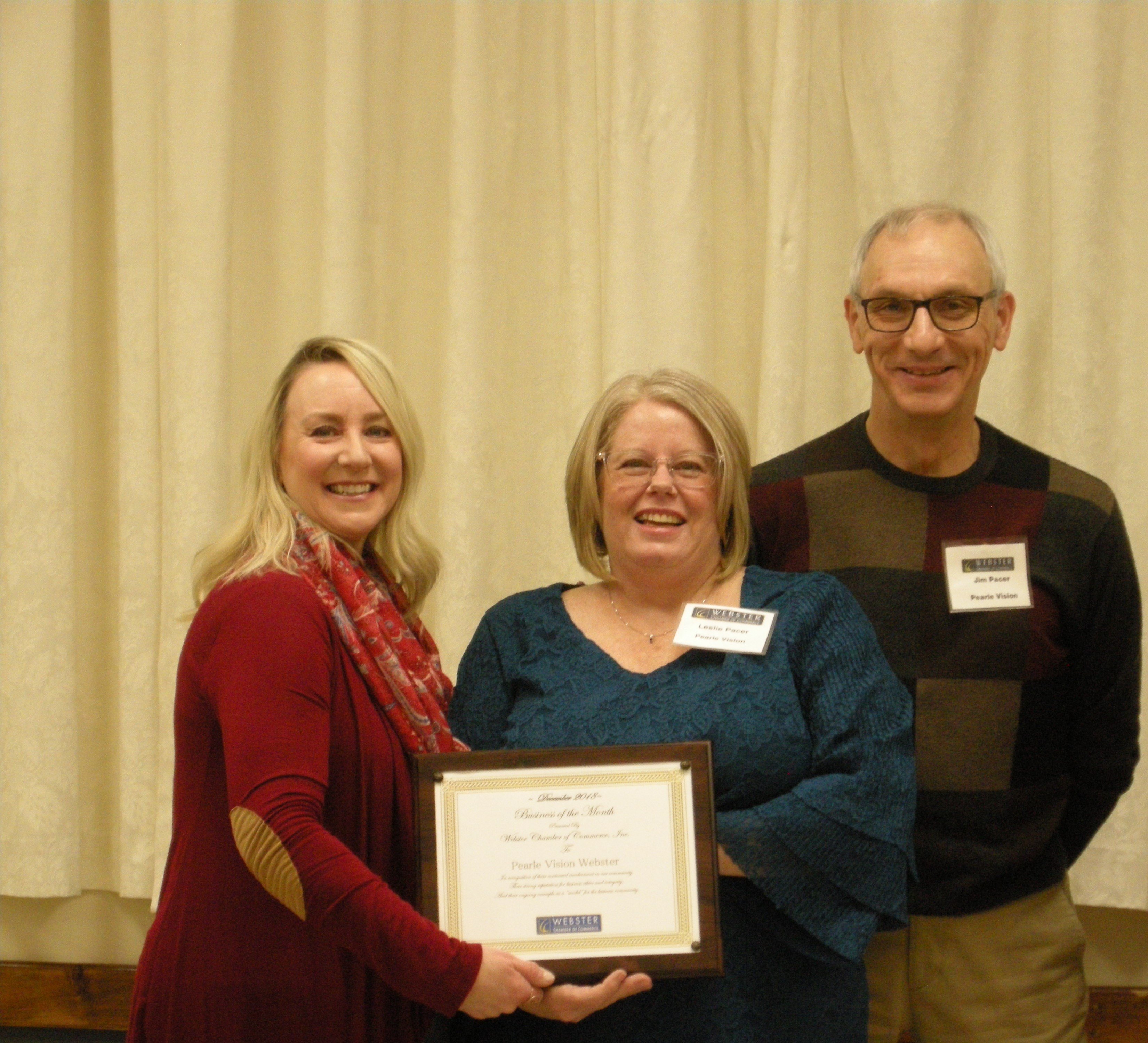 Pearle Vision located at 900 Holt Rd in Webster owned by Jim and Leslie Pacer is December’s Business of the Month!

The Pacers opened their Pearle Vision on Holt Road in September 2011 with the goal of providing optical services to the community where they live.  Leslie had been a licensed optician for 30 years and Jim was employed at Xerox for 30 years at that time.  Starting out as a new franchise, they have grown the business every year that they have been open, achieving “Silver Spectacle” awards from Pearle Corporate in 2013 and 2015 for increases of over 20% from their previous year.  Friends have become customers, and most importantly, customers have become friends.  In the past few years, Pearle Vision has promoted their link to the community by branding themselves as “Your Neighborhood Eye Care Center”.  That concept was emphasized by Leslie and Jim when they wrote their own business plan in 2011 and it is important to them.  The Pacers’ have been a part of the Webster community since 1985; both of their children are graduates of Webster Schroeder High School and Leslie and Jim participated in the Webster Schroeder Speech and Debate Club as volunteer judges and student proctors.

Pearle Vision has supported many causes one, in particular, is the Lustgarten Foundation (Pancreatic Cancer Research) where they have donated several pairs of sunglasses, and other products for their silent auctions and sponsor a table for their employees to attend every year.   They have also supported the Association for Blind and Visually Impaired with yearly monetary donations, New Eyes for the Needy (NYC) where they have collected and sent over 450 pairs of glasses. Locally Pearle Vision helps out the Webster Lions Club collecting and sending donated eyewear and donations to Webster organizations including Webster Titans Hockey Boosters and BSA Troop 262.