December 2022 Business of the Month 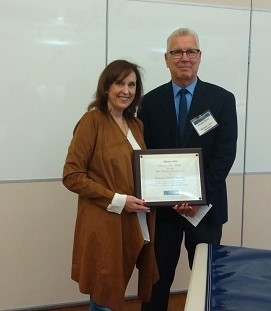 Webster Union Cemetery was incorporated in 1840 and was designated as a nonprofit organization on March 4, 1898.  George Baker, and the dedicated Board of Directors who volunteer their time, ensure the functions of the cemetery are carried out to respect the deceased and their families and to protect the future of the Cemetery.

Farmland was donated for the first known burial in 1817, when a Webster child needed a place to rest. It was originally called The Burial Ground, Lakeside, Union Cemetery of Webster.  Since this caused some confusion between other areas near Webster, the name was officially changed to Webster Union Cemetery in April 1954.

The cemetery serves the Webster community but has helped several families outside Webster.  Cemeteries are for the living.  The Cemetery’s mission is to stand by families in their darkest hour, to tailor the graveside service to what best comforts the family.  After the service, their goal is to provide a beautiful, serene burial ground for families to visit their loved ones.  Webster Union was the first and only cemetery in Webster to install a cremation wall, commonly known as a columbarium.  The first one was installed in 1999 and the second one was placed in 2006.  Due to the popularity of cremation two additional columbarium are scheduled for installation next week.

The best part of George’s job is talking to families, helping them make the experience a healing one.  Each person involved with Webster Union Cemetery loves caring for each soul in their charge, standing in for those without family to give them a dignified and meaningful graveside service.

Webster Union Cemetery was presented “The Historic Landscape Award” from the Landmark Society of Western New York in 2008 and was listed on the National List of Historic Places in 2022.  In July 2022, the Cemetery held a ceremony where two Revolutionary War soldiers were honored with bronze plaques placed on boulders at their gravesite.  First Responders and our Military were also honored, and two World War II veterans received plaques.

Webster Union Cemetery has been an active burial ground for 198 years.  In addition to being an active member in the Webster Chamber of Commerce, they support Wreaths Across America, work with Blue and Gold Star Families, support Boy and Girl Scout ventures, work with the Veteran Headstone Preservation Project, and many other community projects.

Congratulations George Baker and Webster Union Cemetery as the Webster Chamber of Commerce December 2022 Business of the Month!

Click here to see previous Business of the Month Honorees